The third in my Author Takeover Summer series of guest posts and interviews is Carol Cooper, or perhaps I should say Dr Cooper given she is a GP in her other life.

Ms Cooper discusses the difficulties and challenges of writing and publishing her first novel, One Night at the Jacaranda. (Hampstead Fever, her second novel, was published in 2016.)

What are the main challenges you faced when writing your debut novel?

When I began writing One Night at the Jacaranda, I wasn’t sure I had the ability. The plot and the characters came to me while I was on a plane heading for my father’s funeral, but could I carry the idea through? On the plus side, I had a lot of experience in journalism and had penned a string of non-fiction books, mostly on parenting and child health. On the other hand, a drawer full of unpublished manuscripts told me I might not have what it takes.

Fiction and non-fiction demand different writing styles. Take info dumps as an example. A fact-packed page is terrific in a health book or a parenting guide, but in a novel it would quickly send readers to sleep. However, creating a novel involved a lot more than changing a few habits. I had to find my own fiction voice, and that meant hard graft. 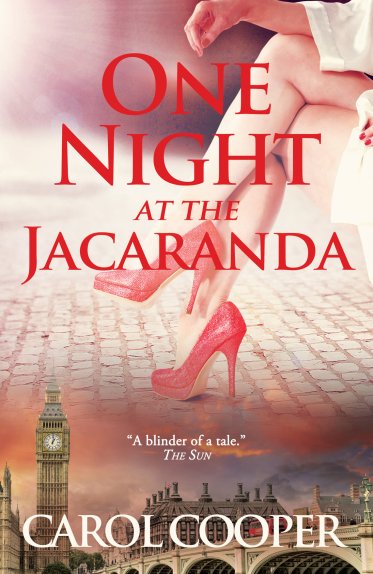 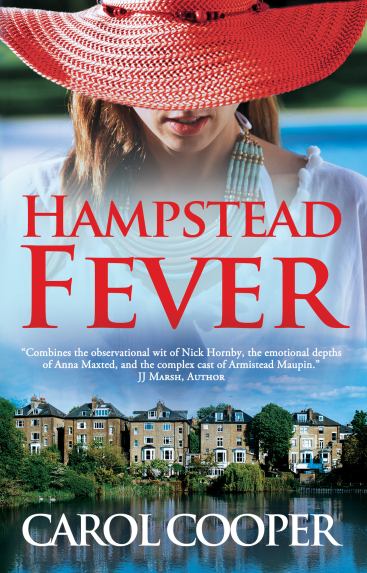 Did you have any difficulties when it came to publication?

I did indeed. Unlike my non-fiction, my novel wasn’t commissioned. While I have an agent, One Night at the Jacaranda proved not to be her kind of thing. That wasn’t surprising, as the genre is hard to classify. It’s contemporary fiction, though neither romance nor chick-lit, and it isn’t truly women’s fiction either. I therefore decided to go it alone. Self-publishing is respectable these days, and gives the author control over the content of the book, the timing of publication, and so on.

However, control also brings the risk of getting it horribly wrong. In hindsight, I’d have made different decisions about editing and proofreading, and I’d have chosen a more professional cover design right from the start. But, with e-books and print-on-demand, such things are easy to rectify. All I’d lost was a little time (and face). In the end, the spruced-up version did very well and was shortlisted for a couple of awards.

What made you choose the setting for your novel?

London is my home, so I know it makes an ideal location for a multi-viewpoint, multi-cultural story, particularly as it has so many different areas, each with its own vibe. In One Night at the Jacaranda, Dan is newly released after wrongful imprisonment. He lodges in a shabby bedsit in Kilburn, northwest London, where he fondly imagines amazing views instead of the blank wall in front of him. Charity worker Sanjay often goes home to his parents in Harrow, west London, a suburb which is very different from stylish Fulham where lawyer Laure has just bought an apartment. Harriet lives with her boyfriend. The relationship has hit the buffers, but she can’t afford her own place. The characters all meet early on in upmarket Marylebone, where they’re looking for love (or just pretending to) at a speed-dating event. London means different things to each character and it’s very much part of the story.

Tell us something about the process of writing your first novel.

I wrote it in snatches, fitting it in, as many authors do, around work and other commitments. People have asked me why my novel has so many characters and points of view. I think it’s a good way to crank up the tension, and to include different insights (half the voices are male). And it works because the viewpoints are all very different so it’s not confusing.

I’m sure my day job as a family doctor helped shape the structure of the novel. There are no real patients or colleagues in the story, but there are frequent scene breaks. No surprise, perhaps, since every ten minutes I see someone new and try to put myself in their shoes.

Carol Cooper is a doctor, journalist and author. She contributes to The Sun newspaper, broadcasts on TV and radio, and has a dozen non-fiction books to her name. Her debut novel One Night at the Jacaranda got her hooked on writing fiction. This year Carol’s latest novel Hampstead Fever was picked for a prestigious promotion in WH Smith travel bookshops around the UK. More fiction is in the pipeline. 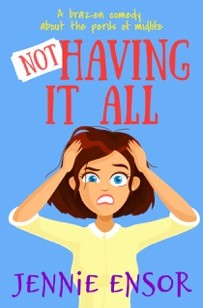 Changes. Cause i just can’t seem to get me right.

But you knew there would always be the spring, as you knew the river would flow again after it was frozen.