I write daring fiction. From psychological crime to relationship comedy in one easy step 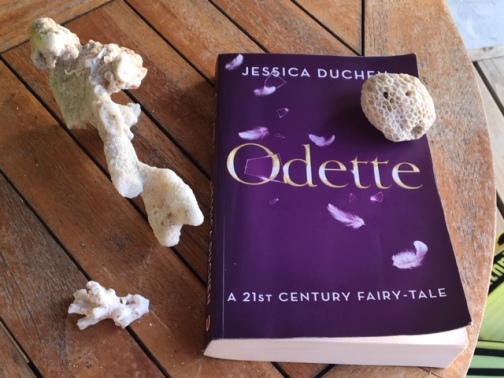 When a swan crashes through her window at the height of a winter storm, journalist Mitzi Fairweather decides to nurse the injured bird back to health. But at sunset, the swan becomes a woman.

This unexpected visitor is Odette, the swan princess – alone, adrift and in danger in 21st-century Britain, entirely dependent on the kindness of strangers. Bird by day, human by night, and with no way to go home, she remains convinced, to Mitzi’s distress, that only a man’s vow of eternal love can break her spell.

Mitzi is determined to help Odette, but as the two try to hide the improbable truth, their web of deception grows increasingly tangled. Can they find a way to save Odette before it’s too late?

Odette enchanted and captivated me from the first page to the last. This novel is a brilliant blend of fantasy and reality, I thought. It combines a coming-of-age tale with a love story and is also a truly zeitgeisty fable for our dark and uncertain times. I can’t think of a book quite like it.

The plot is a sort of meta-take on Swan Lake the ballet, and I spent a while wondering how it would diverge from the plot of Swan Lake. Right from the start, the events are simultaneously utterly surreal and yet grounded in the ordinariness of English life, making it a compelling read.

A swan crashes through Mitzi’s window during a storm, and is injured. She feels it’s her duty to help the swan, taking it to the vet and giving it shelter in her flat. Then suddenly, to Mitzi’s considerable consternation, the swan goes to the bathroom and emerges as a beautiful young woman who says she is a Russian princess called Odette – long ago she was turned into a swan (from dawn to dusk) by an evil Baron. So far, so weird. But Mitzi has to accept this bizarre story as it’s the only thing which fits all the facts. Frightened, confused and wondering if she’s going crazy, she decides to help this ‘swan girl’ settle into human life in 21st century England.

Mitzi is a well drawn, likeable character, an ambitious, serious-minded young woman, kind-hearted who’s somewhat wary of love. She’s a stagnating reporter on the local rag interested in reporting the news that gets left off the front pages (such as the exploitation of illegal immigrants).

Odette the swan girl, effectively a refugee from Siberia, knows nothing about modern life in Cyngford (a university town that sounds much like Cambridge) or modern customs such as dancing sans partner or e-books, and must fend off the local anti-immigrant yobs, suspicious neighbours and police – and the other swans when she flies around during the day because she is a Bewick’s not a mute. Unfortunately, she is attracted to Mitzi’s girl-a-week brother, and wonders if he may be the one who can help her to break the Baron’s spell by pledging his eternal love. Meanwhile Mitzi is trying to keep Odette from being arrested and wondering if she can trust the new man in her life…

The novel contains a couple of well executed twists towards the end. The ending is just fabulous and left me with tears in my eyes.

Odette is set in the weeks leading up to Christmas. With its themes of magic and transformation – in all senses of the word – it’s a perfect book for Christmas, indeed any time of year. Bravo, Jessica Duchen!

P.S. Odette the ballet is on soon in London, performed by the English National Ballet. I’m going to watch it with a particular interest this year! (there may be a few tickets left)

Winner of the NHIA prize draw....
Ready, set... the NHIA blog tour is on the starting line, last minute preparations are being made, tactics adjusted, fingers trembling with anticipation...

Talking to myself through poetry

This bookish nook belongs to Meggy Roussel and her furry babies

I write daring fiction. From psychological crime to relationship comedy in one easy step