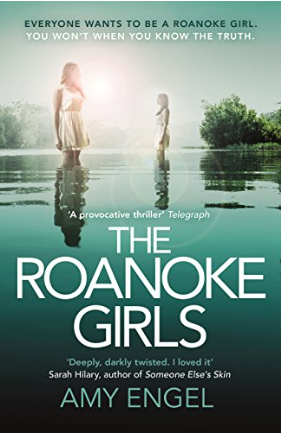 EVERYONE WANTS TO BE A ROANOKE GIRL. BUT YOU WON’T WHEN YOU KNOW THE TRUTH.

‘Roanoke girls never last long around here. In the end, we either run or we die.’

The girls of the Roanoke family – beautiful, rich, mysterious – seem to have it all. But there’s a dark truth about them that’s never spoken.

Lane is one of the lucky ones. When she was fifteen, over one long, hot summer at her grandparents’ estate in rural Kansas, she found out what it really means to be a Roanoke girl. Lane ran, far and fast. Until eleven years later, when her cousin Allegra goes missing – and Lane has no choice but to go back.

She is a Roanoke girl.
Is she strong enough to escape a second time?

Engel led me into a darker than dark world that ought to repel, with a plot that could have been preposterous were the novel not so skilfully written. But The Roanoke Girls sucked me in with its weird claustrophobic atmosphere and sassy yet vulnerable narrator. I ended up riveted and was sad to reach the final page. For me the novel underlines the fact that little in this world is pure evil – between black and white, there are endless shades of grey.

Note: The story involves sexual abuse; while not graphic, this may be upsetting for some.

Plot in brief: Following the suicide of her mother, who was brought up in the house before running away, Lane is drawn back to the Roanoke family mansion to find out what happened to her cousin Allegra, who’s now gone missing a decade after Lane spent a summer there with Allegra and their Gran and Granddad.

The story of present events and that past summer are narrated by Lane in alternating chapters.

In a startling scene early on, Allegra points out to Lane the framed photos of earlier Roanoke girls, all of whom died while young or went missing.

“Hearing their stories turned their faces in front of me from beautiful to tragic. They watched me now with haunted eyes. The only one left was Allegra. And me. I suddenly didn’t want a place on the wall.”

I loved the writing, especially the imagery and descriptions. The setting, a small rural community in Kansas, is a crucial element of the novel and the isolation verging on desolation of the place comes across strongly. The crazily constructed Roanoke mansion, symbolic of the destructive power that lies within it, creates a continual sense of trepidation.

“It was equal parts horrifying and mesmerizing. I slid from the truck, my eyes still trying to make sense of the strange angles and materials. It looked something like an insane person would build, or someone who didn’t give a shit.”

The relationship between vulnerable protagonist Lane, who had been long neglected by her mother, and the even more damaged, in-your-face Allegra leapt off the page. Though neither Lane nor Allegra are particularly likeable at first glance they are complex and relateable, and seemed authentic given the circumstances.

Gran is detached and enigmatic from the start:

“If some small part of me had hoped for hugs and loving words, sheer relief at my grandmother’s restraint drowned it out. I had no experience with maternal affection, wouldn’t have known what to do with it if it was offered.”

In contrast, Granddad’s charm, kindness and good looks exert a magnet pull on Lane; the mystery at the centre of the house and the story is not spelt out until later in the novel but clearly involves these two.

I felt Lane’s sense of loss and frustration as she tries to investigate Allegra’s disappearance amid the inertia/hostility of everyone who may be involved. I could identify with Lane as she fights to overcome both the family’s destructive power and her own self-destructive tendencies, and tries finally to do the right thing by Allegra – and I hoped her past botched relationship with local boy Cooper, also struggling to get over the damage of his upbringing, would work out this time.

The Roanoke Girls is a slow-paced psychological novel, a family drama with a layer of mystery and a strong touch of the gothic. There are definite thriller overtones towards the end. It is about relationships within a highly dysfunctional family, and highlights the resistance of family secrets to discovery.

On a practical level, I did wonder just how the secret at the centre of the story could have remained hidden for so long. I would have liked more detail of how Gran and Granddad interacted with the local community and the wider world; there’s no mention of any of the Roanoke girls going to school, for example. But the novel does illustrate how society’s horror and reluctance to examine certain ‘taboo’ subjects, especially perhaps in small town in America, can allow secrets to flourish.

Highly recommended, if you can tolerate dark sexual themes. 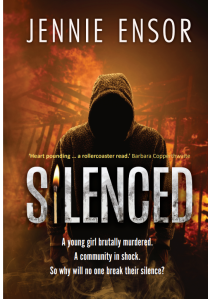 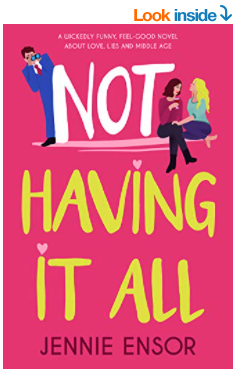 Hope you enjoy this… Here I am letting out my inner teen 🤷🏻‍♀️🙄 A video clip from my recent reading at Brixton BookJam hosted by Zelda Rhiando, Author.
Me last night - made it to Brixton and had a fab time. So enjoyed reading from my almost-published book and chatting to the other authors, thanks to @badzelda for organising this 💙